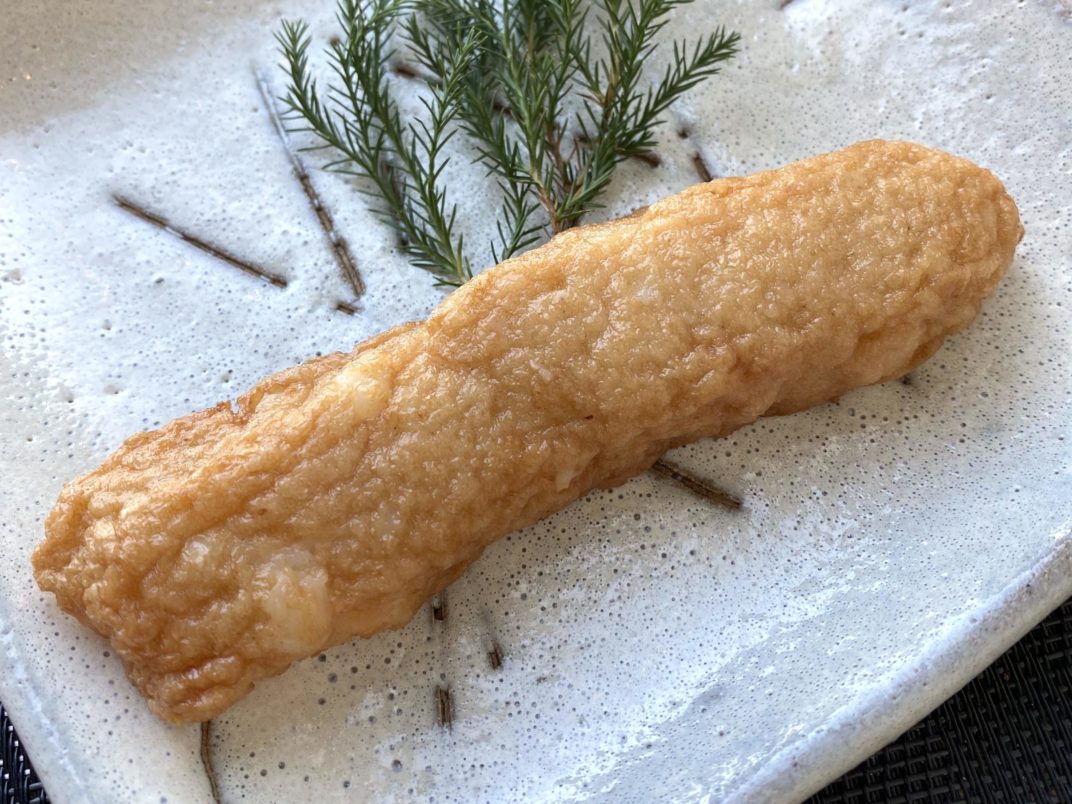 25 years ago, when I first came to Thailand as a resident of Company K and was involved in the production and development of paste products, I could easily arrange the surimi, which is the raw material. Salt, sugar (instead of granulated sugar and white sugar), tapioca starch, monosodium glutamate, nucleic acid-based seasonings, glucose, xylose, egg white, soybean white squeezed oil, mirin, these are easily available in Japan and are already in Thailand.

However, I searched for the essential “Fish extract”, but there was only a “nam pla”. Frozen surimi of Satsuma-age naturally has no taste because it undergoes a process of washing away water-soluble proteins and other components that contain the umami component called water exposure in the manufacturing process.

To make up for that, it was necessary to add “Fish extract” to give the taste of fish, but since it was not available, we combined it with raw materials that could not be obtained and commercialized it. The products are still lined up at major supermarket in Bangkok.

In 2001, I left Company K due to my return to Japan. After that, I heard that K company did not add “Fish extract”, which is the decisive factor for the taste, from fried foods to kamaboko, crab sticks, and even crab sticks.

15 years have passed since my first visit to Thailand, and in 2011 I was assigned to work at Company L and came back to Thailand. During that time, the Thai paste product industry has made remarkable progress, with annual shipments of crab sticks and other products reaching 100,000 tons.

Company L was given the opportunity to develop Japanese-style Satsuma-age, and completed Satsuma-age by importing Eso extract made from fish called Eso from a company called Minami Kyushu RIKEN in Japan. However, the Satsuma-age did not hit the Thai market.

The reason was probably that Thailand had fish balls and local-style satsuma-age, which were not popular because they were expensive compared to those.

When I came back to Thailand in 2017, I felt that there are currently more than 3,000 Japanese restaurants in Thailand, and most of the Satsuma-age, Chikuwa and Kamaboko offered there are manufactured by Company K, which is not enough.

Therefore, I asked Koken Food & Flavor Co., Ltd., which I cooperate with as an advisor, to develop and complete “Fish extract”.

In addition, when the manufacturing factory asked LUCKY FOODS, which manufactures frozen surimi and canned fish, to outsource the production, I said, “Currently, Satsuma-age in Bangkok does not contain seafood extract and lacks taste and richness.

I want many people to eat delicious Satsuma-age using the seafood extract developed by”, and this time “Hakata Nigiri Ten” was completed.

When I was wondering what kind of Satsuma-age to develop at the beginning of development, I thought that Nigiri Ten could be applied to various food scenes, so I made 5 kinds of vegetables, corn, shrimp, squid, and cheese.

With this shape, you can of course eat it with one hand, or you can enjoy it by sandwiching it in an open sandwich.

Hakata Maruten was also developed at the same time, and can be used for izakaya such as stewed oden and Maruten udon noodles, or just boiled and eaten with ginger soy sauce.

Initially, I introduced it to an izakaya restaurant, but it was highly evaluated by a Japanese wholesaler, and it has become a formal order.
In the future, I hope to share my knowledge and experience with surimi
products with many people.